A surprising number of dictators penned books when they weren’t busy carrying out atrocities. 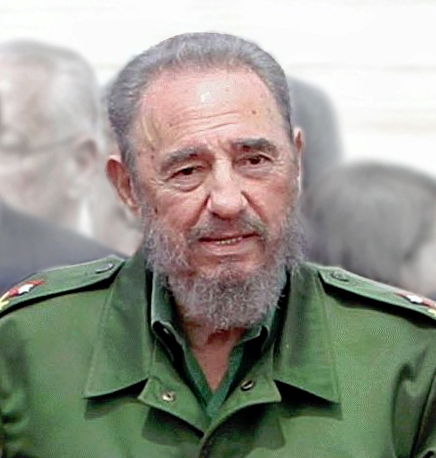 Nicolae Ceauşescu – Ceauşescu and his wife, Elena, ruled over Romania from 1965 until their much-celebrated execution in 1989. During their decades in power, the duo was successful in their quest to turn Romania into a country dominated by fear, poverty, and misery. Ceauşescu did take a break from his acts of genocide to pen a book, Romania and the World: Speeches and Writings. His spoken words were as powerful as his written ones; when he addressed a Communist Party meeting days before his death, he said, “Fidel Castro is right. You do not quieten your enemy by talking with him like a priest, but by burning him.”

Fidel Castro – Fidel Alejandro Castro Ruz was born in the late 1920s and assumed power over Cuba in 1965. He ruled as the President of Cuba from 1976 to 2008 when he retired. Considering the atrocities people suffered at his hands, it is interesting he once said, “Communist influence is nothing. I don’t agree with communism. We are democracy. We are against all kinds of dictators. That is why we oppose communism.” Before Castro retired, he authored or co-authored a dozen books.

François Duvalier – This dictator was the president of Haiti from 1957 until his death in 1971. During his reign, the Haitian population was controlled by state-supported terrorism and corruption. Duvalier also used violence and voodoo to frighten his countrymen into obeying him. He is responsible for the death of 30,000 Haitians and the exile of thousands more. He wrote two books in the late 1960s, both published in French and dealing with historical topics. Duvalier’s most famous quote is ironic given the terror he ruled with – ““I know the Haitian people because I am the Haitian people.”

Mao Zedong – Like Stalin, when Chinese dictator Zedong suffered a fatal heart attack in 1976, he had led his country to a position of world and industrial power. The cost? The deaths of 20 million people and 200 million Chinese suffering from malnutrition due to his chaotic farming policy. Zedong organized a young militia group called the Red Guard. The soldiers carried copies of Quotations from Chairman Mao Zedong or, as it is known in the West, Mao’s Little Red Book. The tomes are a collection of quotes from the leader’s writings and speeches. Red Guards would harass citizens who did not have copies of Quotations from Chairman Mao Zedong, beating them or sentencing them to years of hard labour. Zedong was a prolific writer of political and philosophical literature throughout his lifetime. He spoke as eloquently as he wrote; at the height of China’s Cultural Revolution, he proclaimed, “People who try to commit suicide — don’t attempt to save them! China is such a populous nation, it is not as if we cannot do without a few people."

Maximilien Robespierre – This man ruled France for only one year, from mid-1793 to mid-1794 when he was executed, but he managed to create more havoc in 12 months than most autocrats do in their lifetime. He was directly responsible for the deaths of 40,000 people and set the standard for dictatorships of the 20th century. As Robespierre said and obviously believed, “To punish the oppressors of humanity is clemency; to forgive them is cruelty.” Before his death at age 36, the tyrant wrote seven works, mainly comprised of his speeches and thoughts. The majority of those are published in French except for Virtue and Terror, which you can find in English.

Adolf Hitler – Hitler was Germany’s totalitarian dictator from 1933 – 1945. He considered himself a gift to Germany as his words show, “That you have found me... among so many millions is the miracle of our time! And that I have found you, that is Germany’s fortune!” The tyrant was a fan of the writings of Charles Darwin and during Hitler’s reign, Darwin’s works were widely read and circulated around Germany. Hitler liked to write and authored almost a half dozen books, the most famous arguably Mein Kampf. It is fitting he wrote, “He who would live must fight. He who does not wish to fight in this world, where permanent struggle is the law of life, has not the right to exist.” Historians estimate Hitler is directly responsible for 18 million deaths and credit him for plunging the world into a war that claimed 40 million lives.

Saddam Hussein – The long-term effects of Hussein’s years of terror on the Iraqi people remains to be seen. “The Butcher of Baghdad” ruled Iraq for 24 years until 2003 when the U.S. led invasion of Iraq ensured he lost control of the war-torn country. During his campaigns of terror, over 300,000 Iraqis died and the country still remains in turmoil. During his life, Hussein wrote many books on current events in Iraq, the Gulf Crisis, and foreign affairs. When in prison after being captured by the Americans, Hussein wrote thousands of pages, which are slowly being released to the public. In Hussein’s last letter days before his execution in 2006, he wrote, “Many of you have known the writer of this letter to be faithful, honest, caring for others, wise, of sound judgment, just, decisive, careful with the wealth of the people and the state ... and that his heart is big enough to embrace all without discrimination.” I’m not sure Iraqis share his opinion!